I dedicate this book to my parents, with my sincere recognition of their parenting skills which gave me a wonderful foundation for my successful, happy, fulfilling and independent life. Their... read more >>

This is the life story of John William Begg. I was born on the 8th of April 1943 at the Cromer Private Hospital in Junee, in the state of New... read more >>

The Teenage Years Lennox Head, NSW, c1950 20 Chapter Three bookish daydreaming, as we did not have access to books very often. I was a teenager in the years after... read more >>

Independence, Work and Career 34 Chapter Four The main social activities at the weekend, which was only really a day and a half, consisted of movies on Saturday night and... read more >>

Business experiences and World Travels 48 Chapter Five just opened and I became involved with the swimming club, where I put to good use my instructor’s certificate, obtained when I... read more >>

Chapter 6 – John’s Life and Times in the UK

Chapter 7 – Business Experience in Australia after returning from the UK

Upon my return to Australia in July 1983, I did the “Aussie” thing and returned to live with mum to await the arrival of my worldly goods from the UK,... read more >>

Chapter 8 – The Golden Years Questions and answers session with Paul Zammit asking the questions and John responding accordingly. What is it like to be a ‘senior citizen’ and... read more >>

A Photomontage of John Begg, with relations, family and associates at work and play and on trips away.

146 Finally, John created the JOHN BEGG FOUNDATION that will honour and financially assist students upon leaving Lennox Head Public School and Ballina High School. This will manifest itself in... read more >> 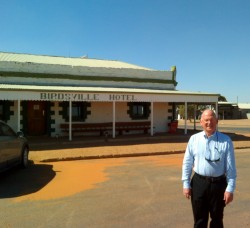 All images appearing in on this web site are the exclusive property of John Wiliam Begg and are protected under Australian and International Copyright laws. All images are copyrighted © John William Begg